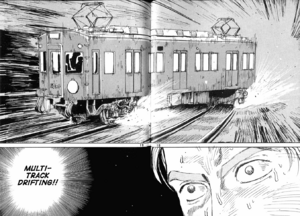 As amazing as it sounds. 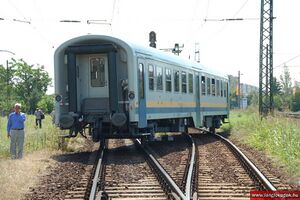 Short distance multi-track drifting. It won't be truly great without a motorized car.

A phrase taken from the Initial D spinoff manga Densha De D, which involves racing subway cars rather than regular cars. As would be expected, the main character uses a train model that is considered almost antique. Near the end of the first volume, in order to take his subway car through a turn at high speed without flipping over, he increases the speed of his train, causing the front end of the train to lift up and set itself down on the set of tracks next to it as it slid through the curve in a manner similar to drifting. The antagonist immediately shouts, with bulging eyes, "MULTI-TRACK DRIFTING" Several pages of the manga were posted on /b/, and in true /b/tard fashion, they went to school with it. Just like so many other phrases, it has taken a life of its own.