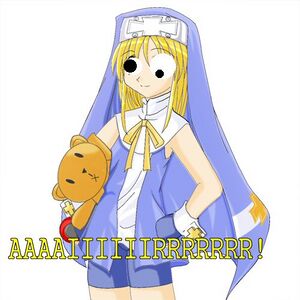 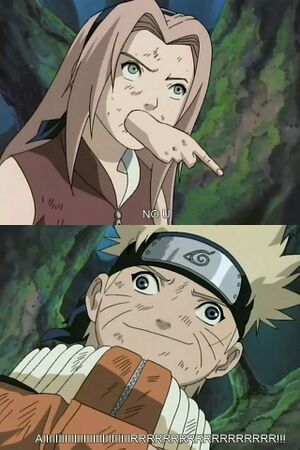 Another crappy example of AIIIR

Meme consisting of various characters photoshopped to have their eyes facing opposite directions. Apparently originates from a scene in the movie Total Recall in which Arnold Schwarzenegger's character Quaid is blasted out of a Martian colony onto the planet's surface by an explosion, at which point the rarefied atmospheric pressure causes his face to contort in a hilariously grotesque manner before he is saved at the last second.

It is possible, however, that it is referencing the Key visual-novel/anime Air, as Key is known for drawing its anime characters' eyes far apart.