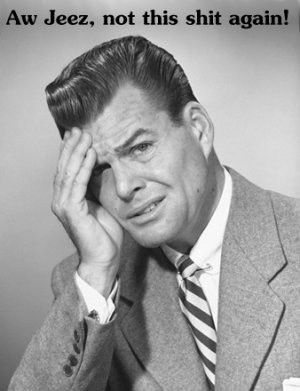 Also known as copipe by retards; Usually a long story or memorable post told by someone in /b/ that gets reposted over and over again, by fans, or to annoy people. These stories are usually from a first person perspective, and detail an event that happened to the original poster recently. An example of a common story involves a parent catching their son looking at 4chan, and what the parents do in response. Another example is the famous vapor ointment copypasta, where a man describes his experience rubbing vapor ointment on his 12 year old niece's bare chest. Other famous ones include Bento Box, orgasmGET, and the Yoshinoya Rant (one of a whole repertoire of "rants" swiped from 2ch, where they're used to insult people who start stupid threads).

Copypasta can refer to documents which hold the text itself.

Add [[Category:Copypasta]] to any page to add it to the Copypasta category.

This copypasta refers to a request for a Japanese lunchbox by a guy who had such insane and strict demands on its features that it crossed the border into pathetic.

ASCII portraying a man resting his head in his hands, seemingly agonized; based on an older "Aww jeez, not this shit again" image macro featuring a real-life man making the same gesture.

A copypasta introduced to /k/ in December 2007. It quickly became a common troll post, as it was easily adaptable to bash whatever weapon is being discussed in given thread.

"Every time I see a [weapon], I want to throw them into a smelter.
Worst ergonomic [weapon type] in existence. Only pure "tactically awesome!" advertising gets them sold."

This category has only the following subcategory.

The following 30 pages are in this category, out of 30 total.