Difference between revisions of "Curly-chan" 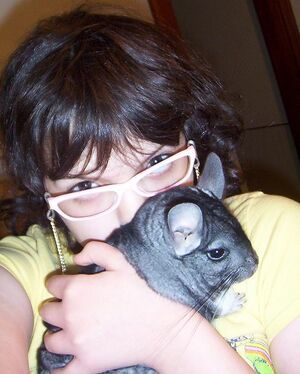 She was dubbed Curly-chan because she has CURLY HAIR LOL, and is best known for her pastel pink retro-looking glasses and highly entertaining photo narration. She's kinda chubby but it's apparently endearing, and suspects people go "CURLY IS THE FUNNIEST CHAN" because they don't want to call her fat. A longtime /b/tard, she is pretty much ruined for life at such a young age, and fancies herself a cross between Rabbit-chan and Loli-chan plus some glasses and a Sharpie Mexican.

Some time in September 2009 (around the 13th) she was recognized in real life by some kids in a park. She promptly freaked out and thought she could remove info she left on the internet.