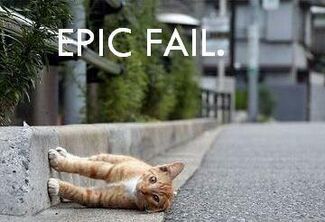 One of the most generic image macros ever.

An image macro is a picture with "witty" (read: retarded) text added via Photoshop, MS Paint, or other image editors. They often use text from existing memes, and in some cases cause the creation of new ones.

Image macros became so prevalent that they were banned from all boards except /b/. While the ban was initially enforced rather strictly, it eventually fell by the wayside and now macros are posted with impunity throughout 4chan, even if the macro isn't directly related to the subject of the board.

Image macros are typically used in the stead of originality, and are thus commonplace in boards like /b/.