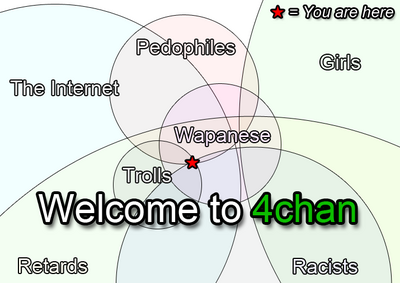 4chan is the original home to anonymous everywhere. Despite the splitting off and new factions like 7chan, 4chan is the place where all of this madness originated and where the magic started.