King_John is your master, the owner of chanchan, and your future.

King_John started using IRC back in 1997 when computers were awesome. At some point in early 2000 he gave himself the nickname kyrio.

King_John started out on irc.enterthegame.com #team_ea. After a few years he registered #team. The channel still stands with the original registration date in the topic no longer exists because ETG is dead.

King_John happened upon irc.newnet.net #excell, while looking for warez and laughs. There he met Ka|n, cys, and other important internet people. These are the people he would know for the next 10 years.

While on newnet he met nanaki who happened to have his own channel, #nanaki. After newnet started going downhill #nanaki changed networks. The network was operated by another close friend, this is where King_John made #chanchan to go with chanchan.

chanchan's channel moved multiple times through 4 networks, mostly back and forth between two of them. It currently resides on irc.lurkmore.com. 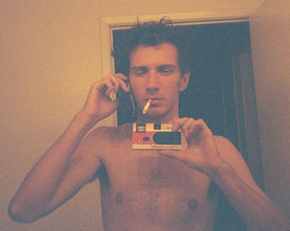 in no specific order